The girls just spent a week at their grandparents – while I was jetting across the country and back in an oversized cattle-car also known as an airplane.

They had a great time being spoiled rotten and never hearing the word “no” uttered.

On Thursday, it was over 100 degrees outside – in the shade.  The girls were playing in the driveway with the water hoses, just trying to stay cool while they were outside for a bit.

I tried to take some pictures of them, but the camera kept fogging up – the temperature and humidity differential between indoors and outdoors just was too great, I guess. 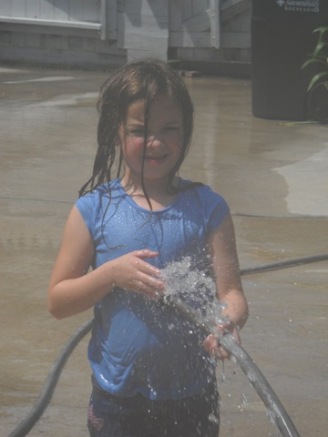 While they were outside, Big Girl decided she wanted to test the theory  “It’s hot enough to fry an egg out here.” 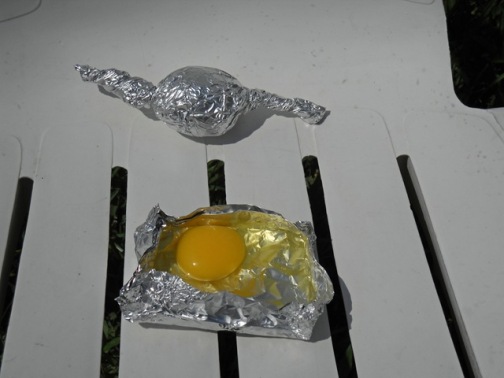 And tried to bake a potato.

Surprisingly enough, the potato was semi-soft after a couple hours in the sun and the eggs were partially cooked. I think they might’ve cooked even faster if they had been on the concrete, but it’s scary enough to think they were cooking sitting on a white lawn chair for hours. (think about what that would do to your brain!)

Good enough reason to stay indoors if you ask me.

4 thoughts on “An interesting eggsperiment”