I promised you I’d share some of my savory recipes today – some of the family favorites that we enjoy during the holidays. I’m also going to share one that is brand new to us and that we’re trying out this year.

The new recipe we’re trying is a corn casserole recipe. It’s not something that was traditionally made at my house (or Grandma’s) when I was growing up, but I’ve had it when other people have made it and loved it. So, I decided to try my hand at making it this year… introduce a new tradition to the table, so to speak.

I’m excited to see how it turns out!

One of the old standbys we make every holiday is a sweet potato casserole. Mom has been making this for years and years – I think the original recipe is one that she clipped out of a magazine or the newspaper. After it’s debut at one of our family dinners, it quickly replaced the ultra-sweet marshmallow-topped sweet potato casserole that we used to eat.  I absolutely LOVE it. I’d eat it every day if I thought I could get away with it.  Of course, since my WLS surgery, I have to be very, very careful when I’m indulging like this or I’ll be curled up in a ball crying in a few hours.  So, I enjoy it sparingly but I do have a tiny bit when we make it for the holidays.

What about you? Any family favorites that you just have to make or it doesn’t seem like the holidays to you?

And, now, I’m off to bake and enjoy my family!!

Pies and breads and sweets in preparation for the big day on Thursday.

You’d think we were having an army over for dinner and not just the four of us.

But it sort of mushrooms – you think “oh, I’ll just bake a simple meal.” and then someone asks “but you’re going to make this, right?” and you say “yes, of course!” and pretty soon you have a feast on your hands.

But that is part of what Thanksgiving is about, right? Feasting? Well, it’s become that, anyway. It’s really  supposed to be about GIVING THANKS for all the blessings we have, but somehow it has turned into a day about eating. But, I’m OK with that, as long as we remember to be thankful for the fact that we CAN eat all this food and that we are so BLESSED to have an abundance of food to select from and eat.

But, enough of the soap box. I thought I’d share with you some of the things I’m baking today: 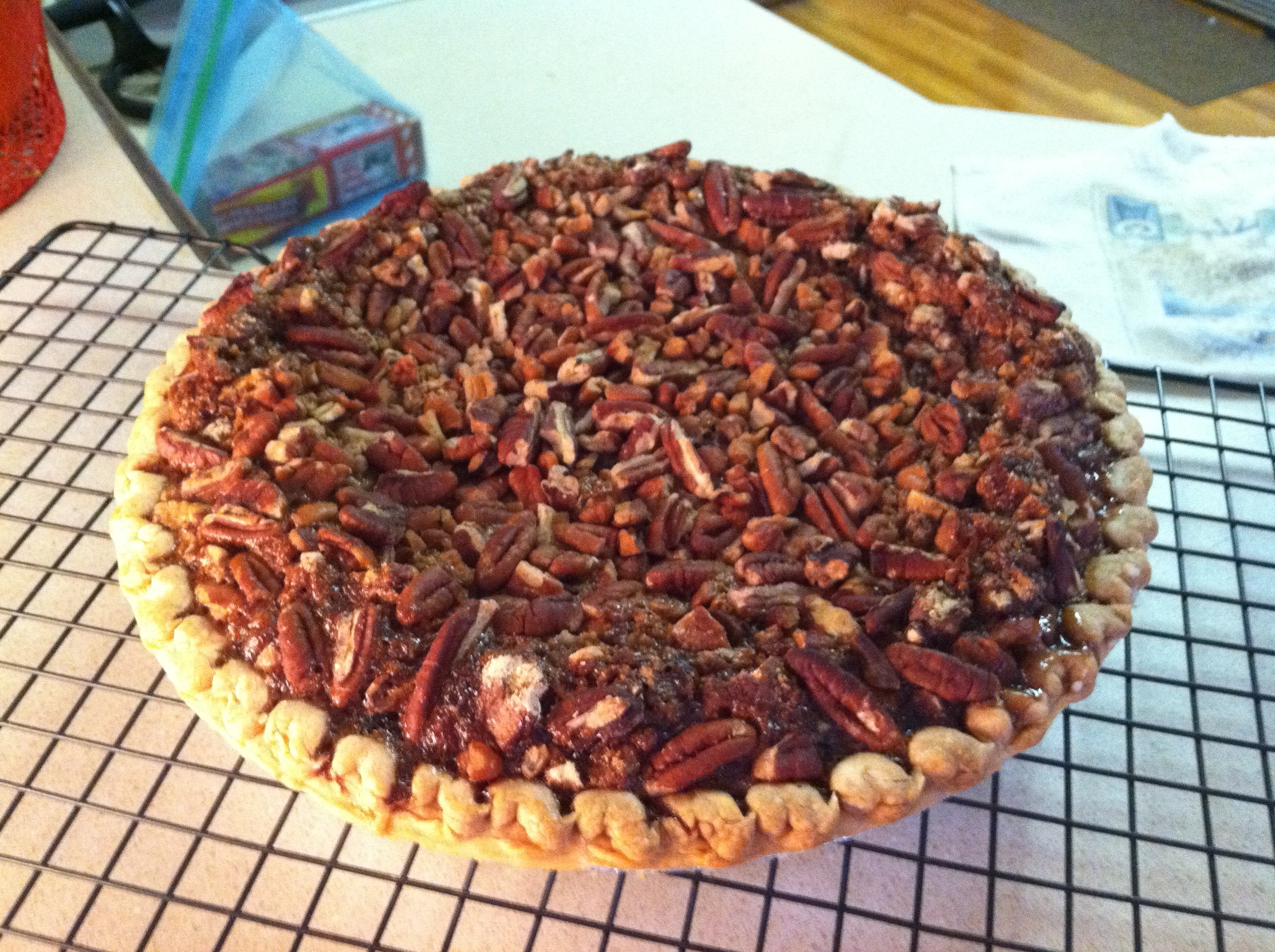 Mom made them a few weeks ago and said they were really good so I’m going to give them a try.

That’ll be enough baking, I think. Don’t you?

Tomorrow I’ll share some of the savory recipes we’re planning for Thanksgiving.

I shared with you an apple crisp recipe not too long ago – it was one of the best ones I’ve had in a long time. But, I have continued to tweak the recipe and I think I have an even BETTER recipe to share with you.

I made it Sunday to have as dessert after dinner with friends.  Everyone agreed it was fabulous.  And, SuperMan and I have eaten leftovers for breakfast a couple times this week – it makes an awesome breakfast – think Apple Cinnamon Oatmeal but in the best possible way.

One of the secrets to the new and improved recipe is using Grape Nuts cereal as part of the topping. I found just plain oatmeal was a little too soft and not “crispy” enough for me. I wanted a little crunch, but didn’t want to use nuts (the girls don’t care for nuts) in the topping.

I just happened to be reading my December/January issue of Cook’s Country magazine and they had a recipe for a low-fat apple crisp.  I decided to combine the top half of their recipe with the bottom half of my original recipe.  I also added raisins for a little more fruity goodness… 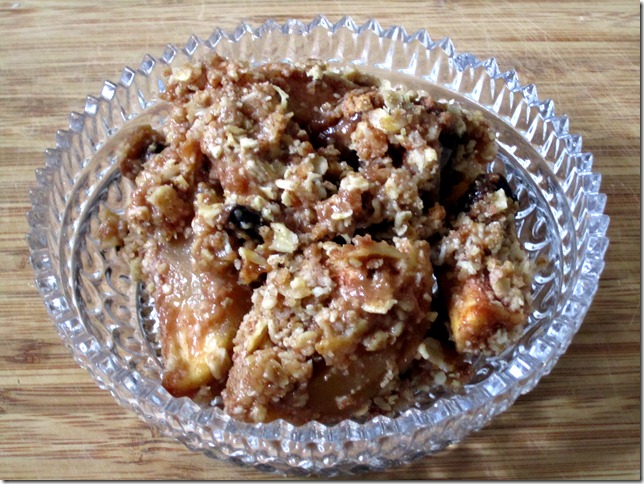 If you are looking for something to add to your holiday menu, I would strongly suggest this little dish.  The version below makes a 9×13 dish and I served it with frozen vanilla yogurt and caramel sauce. *swoon*

Don’t be afraid to try a little for breakfast! It’s so good… and it’s full of the same breakfast-y ingredients we eat anyway – fruit, oatmeal, cereal, etc.  Why not?

Note: I use my apple slicer to make my slices because I like big, chunky pieces of the apple in my crisp.  You can use diced apples or smaller slices if you choose, I just prefer to have more discrete bites of fruit in my crisp.